Ever felt a need to record a concert or your band on your phone, since no other recording device is available?

Well I found a wonderful solution over at Open Music Labs. A simple electret microphone upgrade for your phone! I added a -20dB pad switch by adding a 3k9 resistor in series on output. That provides plenty of attenuation, I have to try it with our crazy loud drummer, sometimes when he bangs pieces of cymbals go flying… 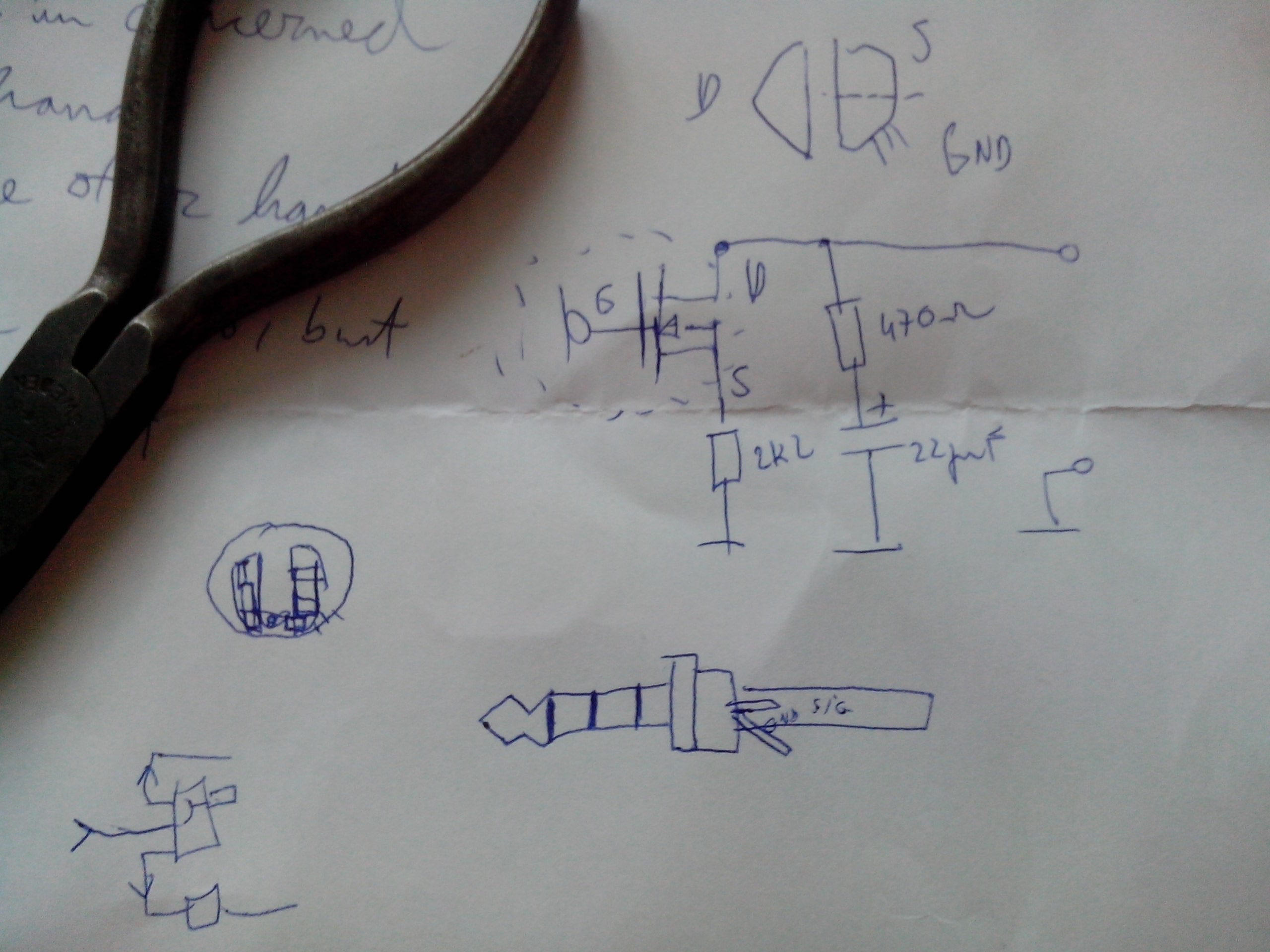 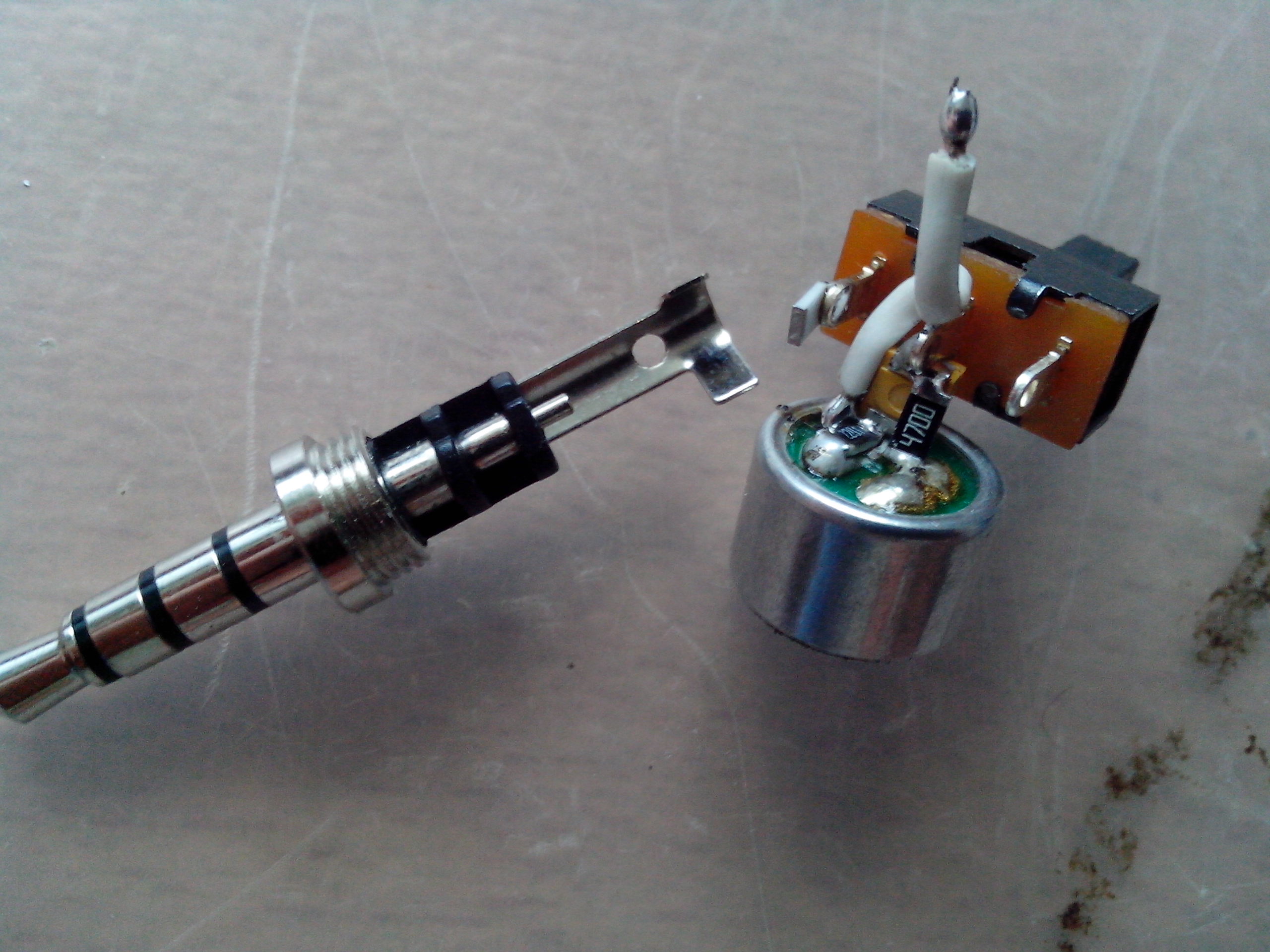 another build can be seen here: bootleg mic

After some time I decided to mod the mic for more gain, now it works great! I used 1k5 instead of the 470 Ohm resistor. The gain of the microphone depends on the quality of the capsule and the JFET used and probably the cell phone, so the gain mod described here is sometimes necessary, like in my case.

Gain Mod – The gain of the stock bootlegMIC is set to 0.2, based upon tests with a few cellphones. Our testing was by no means exhaustive, and it is very likely that the gain may be too high or too low for your phone. If you want to tailor the gain specifically for your phone, take a recording in the loudest setting you think you will want. Next, open up the recording in a wavefile editor so you can see the peak levels. If the signal is lower than 0dB, make a note of the highest peaks. If it is higher than 0dB, estimate how high the peak would be. Then calculate the difference in gain needed. For example, if the signal is down by -6dB (one half full scale), then you should double the drain resistor value (make it 1k). If the signal looks like it is +6dB too hot, then half the value (220ohms).