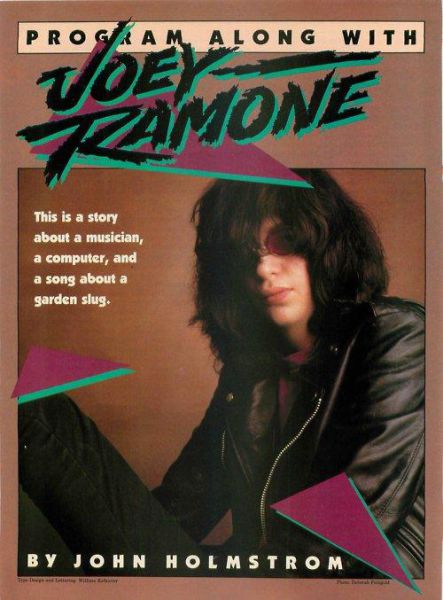 Joey Ramone in the 1984 Issue of K-Power computer magazine

Here is the part of the interview I really like and relate to, Joey could see to the future, no question…

“I think it’s interesting and exciting (the computers) – I just hate to see it get out of hand. I like the basic things. I can appreciate computers, but I’d like to see kids take chances. Kids are so conservative today. I think the computer age is a big part of it. Computers can become too much like a crutch. I think kids need to experience more stuff that’s real.”

That implies not only to kids now days. I think.

I found out about this phenomena from an older interview with Eugene Hütz. What it is it’s basically a record copied onto an X-ray. People are really creative when there is a need for something but you got short supply. Back in the day, in the eastern Europe, especially in Russia and Ukraine even in the fifties people copied vinyl records like this. What a tangible experience it must have been. Far from the quick mp3 copy onto your iPod. 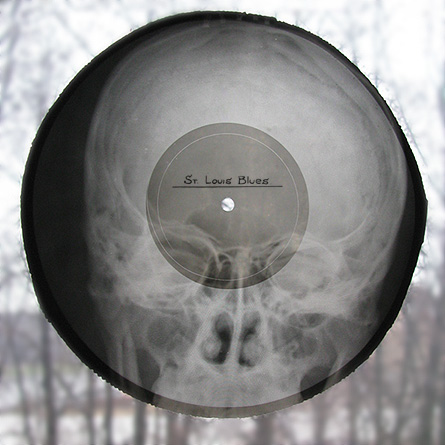 Here the transcription of the interview, Eugene explains better:

Interviewer: I, myself I’m a doctor so I’m very interested in the story I heard about music on X-rays. Can you tell that?

Eugene Hütz: Yeah, sure! I probably spilled that story somewhere.

Eugene Hütz: It’s just something, kind of a phenomenal thing that happened in eastern Europe, when in sixties and early seventies we didn’t have distribution of any western records, so what people did, if you had like a connection in a hospital, people would take vinyl plates of X-rays, of somebodies rib-cage, you know like trauma of an area. And cut them, make them round, and you know it’s a very similar material that is used to make these bendable records.

So then if you had a connection of somebody that works in a theatre, where they have an actual phonograph a thing that makes the cut on the record. They  would bring it over there and then they play one record from the recorder and copied down the running track, on the X-ray. So then you had like a Jimmy  Hendrix record with somebodies broken rib-cage. People called it “music on the bones”…

I have one, which is like a phenomenal collector item, it’s actually of one Russian singer, but eh it shows some enthusiasm right there man, fucking get pretty fucking creative when they’re desperate.

Check out the Russian site http://bujhm.livejournal.com/381660.html. I recommend having it translated with Google Translate. And at least listen to the songs, they have a special atmosphere.

For your convenience here is the whole bundle of records on bones: http://www.sendspace.com/file/6rdbvh

I read a rare interview with the White Stripes over at thirdmanrecords.com vault, and this is what caught my eye.

Interviewer:     Lastly, what is the best record hunt story you can share?

Jack White:     I found the first Stooges album in the dumpster behind my house and I had never heard it before.

Imagine Detroit in those years,raw city thorn apart to pieces.